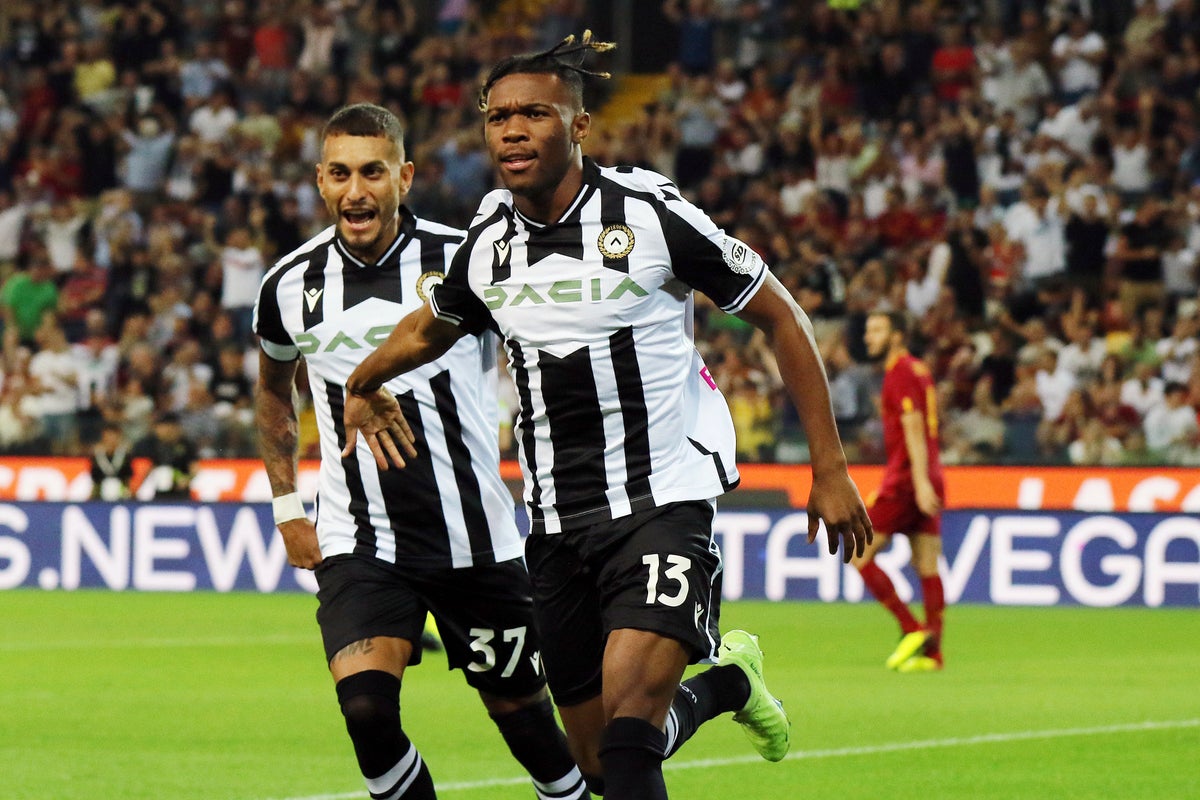 Villarreal moved up to third place in LaLiga on Sunday with a crucial 4-0 win over Elche.

Gerard Moreno opened the scoring in the 26th minute, pocketing his own rebound after a first try was blocked by Edgar Badia.

Giovani Lo Celso needed another 10 minutes to double the hosts’ lead, who fired a left-footed shot from a tight angle into the top right corner.

Francis Coquelin tripled Villarreal’s tally after coming on from the bench in the 79th minute and firing from the center of the box 10 minutes later.

That seemed to be the end result before Jose Luis Morales came into play in the third minute of second-half added time.

Valencia, meanwhile, benefited from a full team performance as they defeated Getafe 5-1.

Toni Lato gave the hosts an early lead in the seventh minute of a game that also featured first-half goals from Samuel Lino and Samu Castillejo, before Nico Gonzalez and Hugo Duro decided the game after the break.

Both teams were reduced to 10 men by the end of the game, with Valencia’s Ilaix Moriba seeing a red card in the 88th minute and Mauro Arambarri leveling in added time.

Aimar Oroz broke the block early in the second half before Florian Lejeune equalized with 15 minutes remaining.

Lens drew 1-1 at Reims, despite also playing with 10 men, after Deiver Machado was penalized in the 66th minute for bringing down Junya Ito.

Folarin Balogun opened the scoring five minutes later, but Lois Openda secured a point for his third-placed Ligue 1 side with an 82nd-minute equaliser.

It was the same result at Brest and Troyes, who respectively drew against Strasbourg and Rennes. Men were also sent off in both games, with Troyes’ Yoann Salmier losing in the 26th minute and Strasbourg’s Sanjin Prcic being penalized in the 31st.

Montpellier’s Valere Germain received a red card in first-half added time in the 3-1 home defeat by Lille, for which Jonathan David scored a brace for the visitors.

It took just a goal from Dango Ouattara to give Lorient victory in Ajaccio, while Breel Embolo was the only goalscorer in Monaco’s victory in Nice and Clermont Foot sealed a 2-0 home win against Toulouse.

Four different goalscorers sealed Serie A fourth-placed Udinese’s 4-0 win over Roma, with Destiny Udogie opening the game in the fifth minute before Lazar Samardzic, Roberto Pereyra and Sandi Lovric scored in the second half.

Verona defeated the visitors at Sampdoria 2-1 thanks to an Emilio Audero own goal and a goal from Scotsman Josh Doig, while the sides shared the spoils in Sunday’s other two games, with Cremonese holding a goalless draw against Sassuolo and Bologna’s clash with Spezia ended 2-2.

Both Bundesliga duels ended without conceding a goal for the away teams.

Aaron Caricol’s strike in the 55th minute was enough to give Mainz a win at Borussia Mönchengladbach with ten players sent off two minutes before Ko Itakura’s winner.

Hertha Berlin meanwhile sealed a 2-0 win in Augsburg. Goals in the second half by Dodi Lukebakio and Marco Richter gave the capital club their first win of the season.

Elsewhere, Everton loanee Dele Alli scored in just his second game for Besiktas, his 35th-minute goal being the second in his new side’s 3-2 win over Ankaragucu that propelled them to the top of Turkey’s Super Lig -Table promoted.

https://www.independent.co.uk/sport/football/villarreal-dele-alli-europe-roma-francis-coquelin-b2159681.html Villarreal on the up with victory over Elche

Andrew Strong, singer of The pledge: 'I just got burned out. I need time to rest. So I took it'

Whatever you end up doing, love it

How the Chiefs and Bills set records for thrilling Playoffs