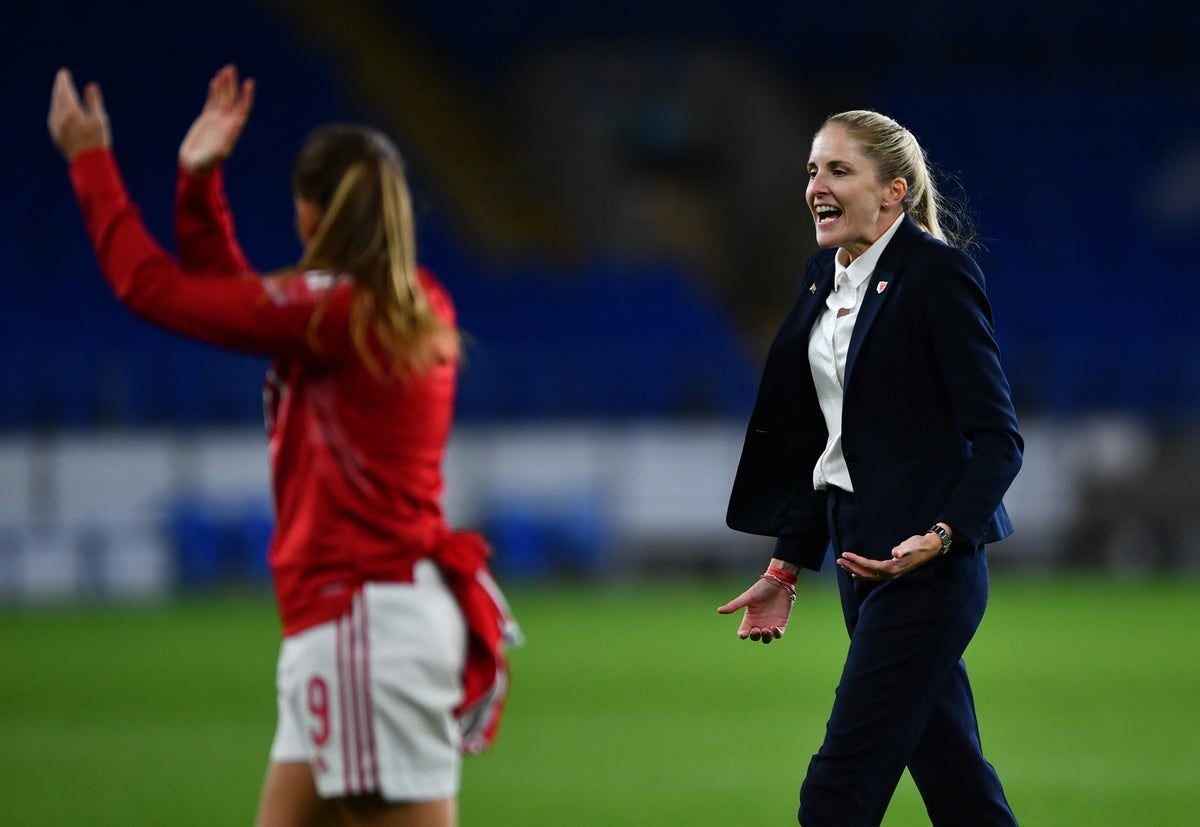 Gemma Grainger felt Wales had earned their place in the World Cup play-offs after a goalless draw against Slovenia propelled them into next month’s knockout stages.

Wales endured a few scares on a nerve-wracking night at Cardiff City Stadium, but in the end Grainger’s side performed brilliantly to secure their place in the play-offs.

Head coach Grainger said: “I’m so happy for the players. This achievement they have made they deserve everything they got.

“We wanted to deliver the game plan and they did that.

“I knew from the moment the players arrived at the stadium how focused they were.

“The fact that they implemented this is the next step for us as a team.”

Wales got off to a slow start, with Slovenian skipper Mateja Zver twice nearly silencing a record home crowd of 12,741.

But skipper Sophie Ingle and Carrie Jones had chances in the first half and Wales were ahead at the break.

The pattern continued in the second half and Jones had to save a powerful penalty before Gemma Evan’s close-range header was blocked by Slovenia goalkeeper Zala Mersnik.

Grainger said: “I think in the first 20 minutes we took our time to calm down, it was the same for Slovenia.

“But we grew into the game and I think by the end of the first half our plan was clear.

“We created some very good chances but in the end we wanted to keep a clean sheet and that’s what we did.

“Overall I felt we had the better chances and played the game well and our goal was achieved.”

Grainger will take part in Friday’s playoff draw in Switzerland.

The duels each consist of a semi-final and a final, which will be played on October 6th and 11th.

Wales will be involved in the first round of semi-finals with five other teams.

The three teams with the best qualifying records await the three victorious semi-finalists in the final stages.

“We don’t have a preference who we play against,” said Grainger, whose potential playoff opponents include Austria, Scotland and Portugal.

“One of the mistakes teams can make in qualifying campaigns is talking about things before they happen.

“But you can see that in friendlies we play against higher-ranked opponents because we want to play against them.

“We know we want to be a tournament side and we want to perform like we did tonight.

“Since last September (the opening qualifier against Kazakhstan) we’ve gradually built up and we want to keep going.”

https://www.independent.co.uk/sport/football/wales-slovenia-one-austria-scotland-b2161328.html Wales players ‘deserve everything they have’ – manager Gemma Grainger