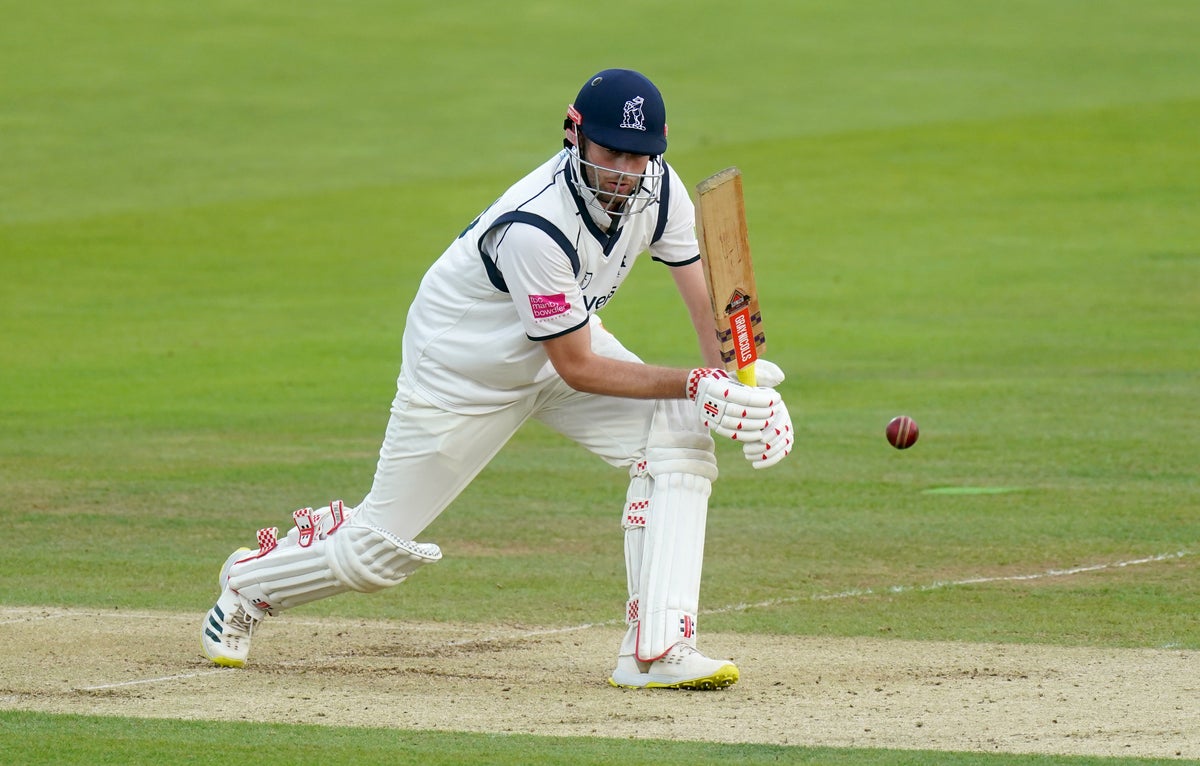 Warwickshire fought their way up to 240 points after being beaten by undefeated Division One leaders Surrey on the first day of their LV= Insurance County Championship game at the Kia Oval.

With no batter surpassing 50, Dom Sibley’s 43 was the best singles score, though all-rounder Nathan McAndrew was not out yet at 40.

Surrey’s five-man pace attack worried the batters, with 19-year-old seaman Tom Lawes perhaps the standout bowler thanks to numbers of two for 38 from 20 overs.

Title chasers Hampshire secured the early advantage on a rain-plagued opening day at Scarborough, but things could have been far worse for Yorkshire.

The hosts slipped to 33-six in the first 21 overs before rebounding to close at 158-eight thanks to half-centuries from Will Fraine and Dom Bess.

Kyle Abbott and Mohammad Abbas, the second-placed overseas sailors from Hampshire, shared seven wickets, the former finishing with four for 36 from 11.2 overs.

At Chelmsford, Nick Browne hit a season-best 129 without an out, while Essex hit 281 for three at stumps against Somerset.

The left-handed batsman had the highest score of 79, while Ryan Higgins hit 50 during a sixth wicket stand of 110 before Northamptonshire responded with 30 without a loss from 12 overs.

Lancashire had a difficult start to the innings as Kent’s Navdeep Saini gained three wickets on a rainy day at Emirates Old Trafford.

Wet weather and a strong wind battered the ground for most of the morning, ensuring there was no game until 3pm before Saini’s efforts helped reduce the hosts to 112 for four in the end.

Pennington took four wickets in 18-ball space as the visitors were reduced to 14 for five before being thrown out for 130 by Anuj Dal despite 55.

Worcestershire also had initial problems with the racquet, but Kashif’s 52 helped them close to 141 for five, an 11-run lead.

Durham got off to a solid start in their clash against Middlesex, going 132 unbeaten before rain ended early at Seat Unique Riverside.

Michael Jones hit a fine 78 to take the lead while Alex Lee’s unbeaten 46.