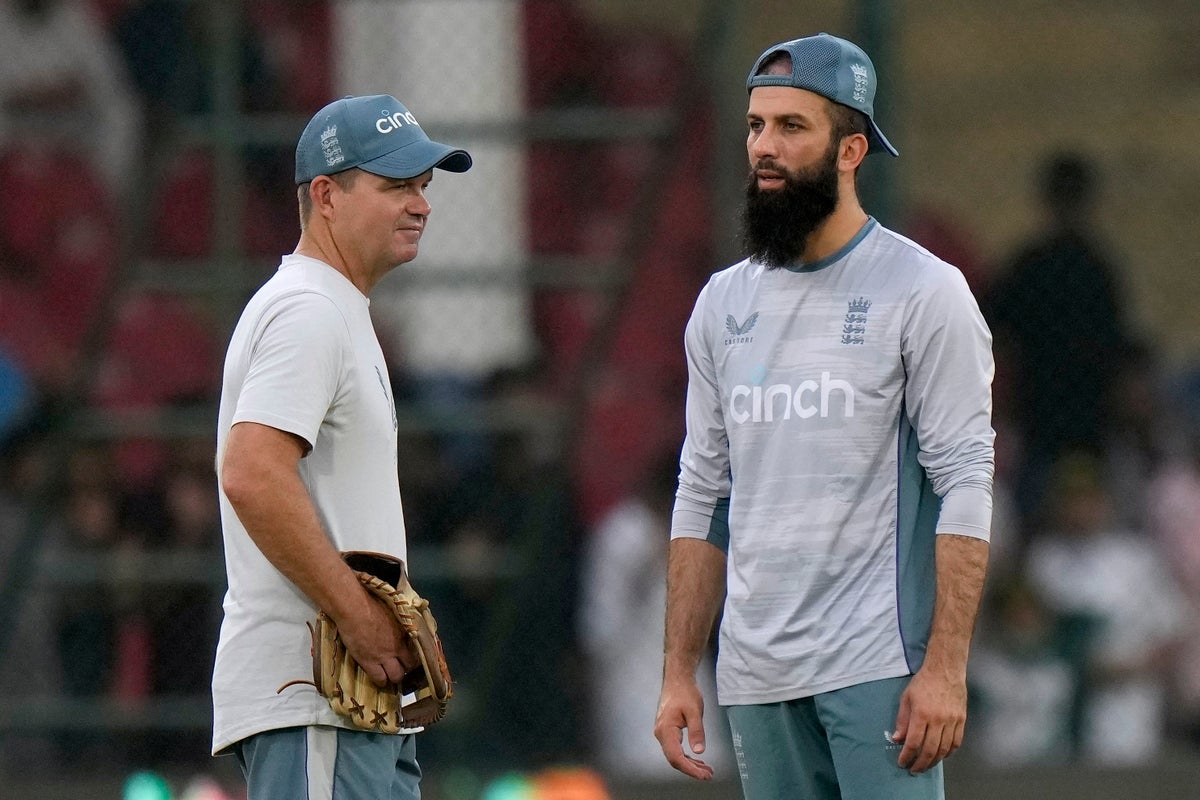 Moeen Ali admitted his England side had come under pressure late after Pakistan won a thrilling final against fourth-placed T20 internationals in Karachi.

The home team held on to their three-run win that defeated the seven-match streak 2-2, but only after control of the game swung like a pendulum.

England were favorites when they began chasing a soft 167 target but resigned themselves to 14 for three after just two overs.

Liam Dawson appeared to have worked things in their favor as he shot wide 24 from the 18th to leave just nine balls from 12, but Pakistan took the last three wickets in a hurry to put themselves at the top.

In the final act, No. 11 Reece Topley and Adil Rashid attempted a mad single with four balls remaining in play, inviting the inevitable run out when the moment became too much.

“Obviously we think we should win with nine wickets to go and three wickets left, but the pressure is on,” said captain Moeen.

“Both teams bowled really well and just managed to get over the line. It was a fantastic cricket match, it went both ways and it kept going.

“We felt we should have pursued that, we’re disappointed we didn’t but we lost a lot of wickets at the top. We stayed tuned. The way Daws hit was just brilliant. He had a brilliant game.

“I’m really happy for him, but I’m sad that he couldn’t get us across the finish line. These things happen.”

Moeen had previously been one of three mid-order sluggers who threatened to put England back in the lead, with his quick 29 complementing 33 and 34 counterattacks from Ben Duckett and Harry Brook.

In the end, however, none could match Mohammad Rizwan’s determined 88 for longevity.

England head coach Matthew Mott praised Dawson, who previously had a top 10 in the format and finished with 34 points on a 200 batting average, for putting up a fight in the Heat.

“Taking wickets on the power play put us on the backfoot, it took a really good partnership to get us back in the game,” he said.

“Liam’s knock was special. It surprised everyone, we never thought in our wildest dreams that we would get into this position. It just goes to show you never made it in T20 cricket.

“Haris Rauf was pressured (in the 19th over) and he bowled his side to victory.”

After four sold-out games in Karachi with a total of around 140,000 spectators, the series is now heading to Lahore, where the teams will fight again on Wednesday.

https://www.independent.co.uk/sport/cricket/moeen-ali-liam-dawson-pakistan-england-lahore-b2175000.html ‘We should have won but the pressure is on’ – England captain Moeen Ali on the T20 defeat