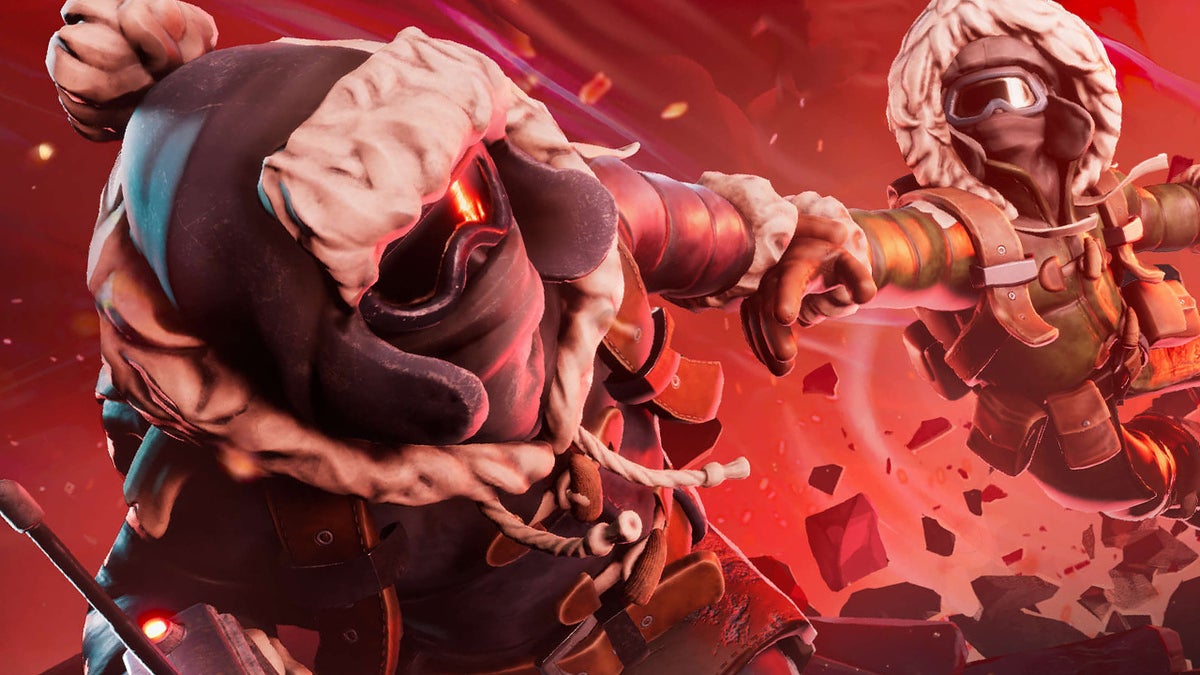 Since 2017, the Dutch developer Total Mayhem Games has been quietly working on the We Were Here series, a trilogy of purely cooperative puzzle games that put us in the shoes of two explorers who find themselves in castles, dungeons, blizzards, death traps, etc. and all other types of escape rooms . The whole trilogy is a little inconsistent, but for the most part they’re all pretty good, especially since no other developer scrapes at this particular asymmetric co-op puzzler quite like the We Were Here series.

The latest We Were Here Forever is – to put it very simply – an absolute glow-up. It’s beautiful, with fantastic artistic direction that takes you from the familiar interiors of the castle to surreal dreamscapes, a spooky abandoned village and more. There are significant obstacles to overcome to get the most out of We Were Here Forever, not the least of which is buying two $18 copies so you can play with a like-minded friend (unfortunately, it’s not as generous as Hazelight with its co-op Hits A Way Out and It Takes Two, which includes a free Friend Pass.) But if you can find someone who loves escape rooms and asymmetrical puzzles as much as you do, you’ll both have a thing for co-op adventures like I’ve rarely seen.

We Were Here Forever puts you and your pal in the footsteps of two nameless explorers who inexplicably find themselves in the mainstay of the series, Castle Rock. There is an ongoing story that ties the We Were Here games together, but no knowledge is required to enjoy Forever’s self-contained storyline, which is useful in itself but certainly not the reason anyone is here .

Put simply, We Were Here Forever is an absolute glow-up.

It’s the puzzles that are the star of the show, and the way they manage to test the teamwork, observational skills, and communication of you and your partner is in a league of its own. I’d hate to go into too much detail on individual examples or show too many of them for fear of spoiling their solutions, but there’s a wonderful mix of navigation puzzles that require one person to guide the other through a section using information only They have; symbol recognition puzzles that force both of you to describe obscure symbols to each other to achieve a common goal; asymmetric races against the clock; tricky logic puzzles; and more. The list just goes on and on with enough content that it took me and my partner about 12 hours to complete them all.

Most of the time you are separated from your partner and have no frame of reference for what they are seeing. This process of not only figuring out the useful information in your environment, but then piecing together how it interacts with what you see is just so uniquely satisfying. Every little breakthrough was something we celebrated, and when we finally solved an entire puzzle and were reunited, it was always a real joy.

The puzzles are difficult, but they always have logic.

It’s also worth noting that having a good partner is a necessity, and your mileage on We Were Here Forever can vary immensely depending on who you’re playing it with. There is random matchmaking, but that’s absolutely not the way to go here – I’d highly recommend playing through it with a good friend. Teamwork like this requires patience, perseverance and keen observation. There’s also a ton of fun opportunities to ride around, playfully troll your partner, and sometimes even throw in some good old-fashioned sabotage for a quick laugh, and those moments help tell a story that might be taking a bit, that’s urgent needed lightness too serious. That’s great with a friend, but if by luck in the draw he’s paired with a bad acting partner, they would have plenty of opportunities to be obnoxious.

The puzzles are difficult – there’s no getting around that – but there’s always logic to them, and if you really hit a wall each person can pull off three clues per puzzle, all of which will nudge you in the right direction. However, even with these lifelines, expect to spend a good chunk of time banging your head against the wall trying to find a solution. In a good way, I swear. Even the puzzles that took the most time to solve had that “eureka” moment that made it all worth it.

https://www.ign.com/articles/we-were-here-forever-review We were here forever throwback

The Pokémon Fan Project gives us the chubby Pikachu we deserve