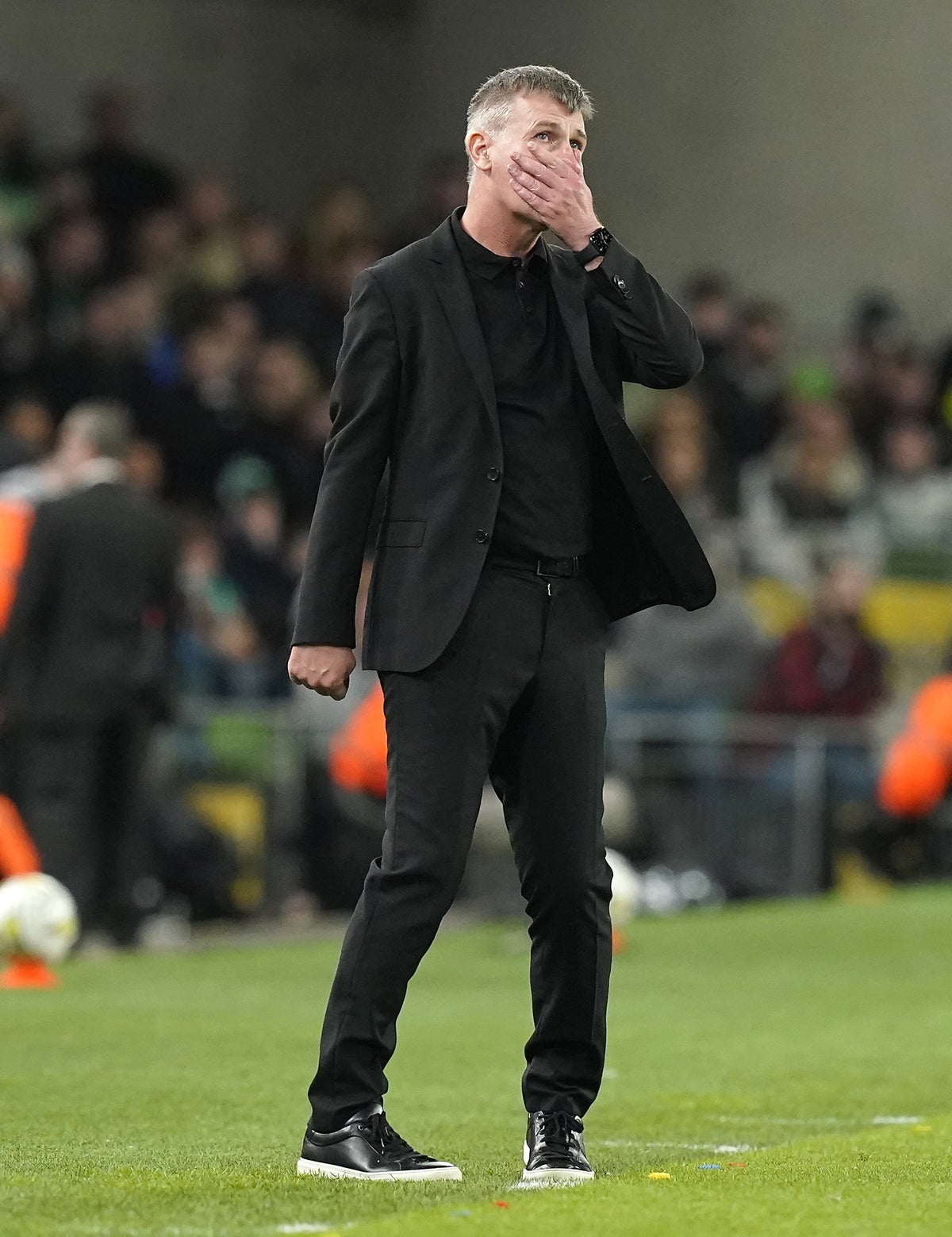 Stephen Kenny urged the Republic of Ireland to learn from the “few minutes of madness” that almost cost them a Nations League victory over nine-man Armenia.

Ireland, who had to avoid defeat at the Aviva Stadium to retain their League B status, appeared to be strolling to three points in the final 20 minutes as the home side led 2-0 thanks to goals from John Egan and Michael Obafemi .

However, they needed an injury time penalty from Robbie Brady to get them over the line after the visitors, who finished the game with just nine men on the pitch, scored twice in so many minutes to leave the result in the Crucible.

Asked afterwards if he was concerned about the goals his team conceded against Artak Dashyan and Eduard Spertsyan, Kenny said: “It doesn’t worry me at all.

“We were 2-0 up and chasing the third goal when we didn’t need it. We had an overlap at centre-backs and were 2-0 up in a game we absolutely had to win.

“We’ve lost a bit of structure – you have to keep the structure of your back three and also protect that a bit if you win 2-0.

“We didn’t lose 2-0. We chased a third goal and were punished and we came back and took the winner.

“Overall it’s a really good performance with a few minutes of madness and that’s something we can learn from when it comes to taking the responsibility of not being embarrassed when you win like that.”

Ireland finished third in Group 1 behind Scotland and Ukraine after aiming for first place and former defender Richard Dunne was less than effusive when asked about Ireland’s chances of qualifying for Euro 2024 under Kenny .

He told Premier Sports: “We were supposed to win this group and ended up in a relegation battle against the 92nd best team in the world and it’s a last minute penalty so it depends on the group, the draw always depends from the draw.

“fingers crossed there will be more positive results to come but we’ll see.”

Kenny, who has won four of the 21 competitive games he has overseen, nonetheless remains convinced his team is on an upward trend and dismisses concerns about a perceived lack of grit.

He said: “In the last two home games we’ve scored three goals twice here. We need to get better at staying clean.

“I’m not interested in creativity. In order to be successful, this is an important team dynamic that we need to improve.”

Brady struck just in time after Artak Dashyan, who had been sent off along with Hovhannes Hambartsumyan amid angry Armenian protests, was ruled after a VAR review to have handled in the area.

The Preston full-back’s first start for his country since March last year could hardly have ended more satisfactorily.

Brady said: “The manager told me before the game that I would take a penalty if one came up, although I don’t think we’ve had one in years.

“I didn’t hold my breath but we ended up getting one and luckily it went in.”

Dermot McLoughlin: To do it again at my home circuit is incredible