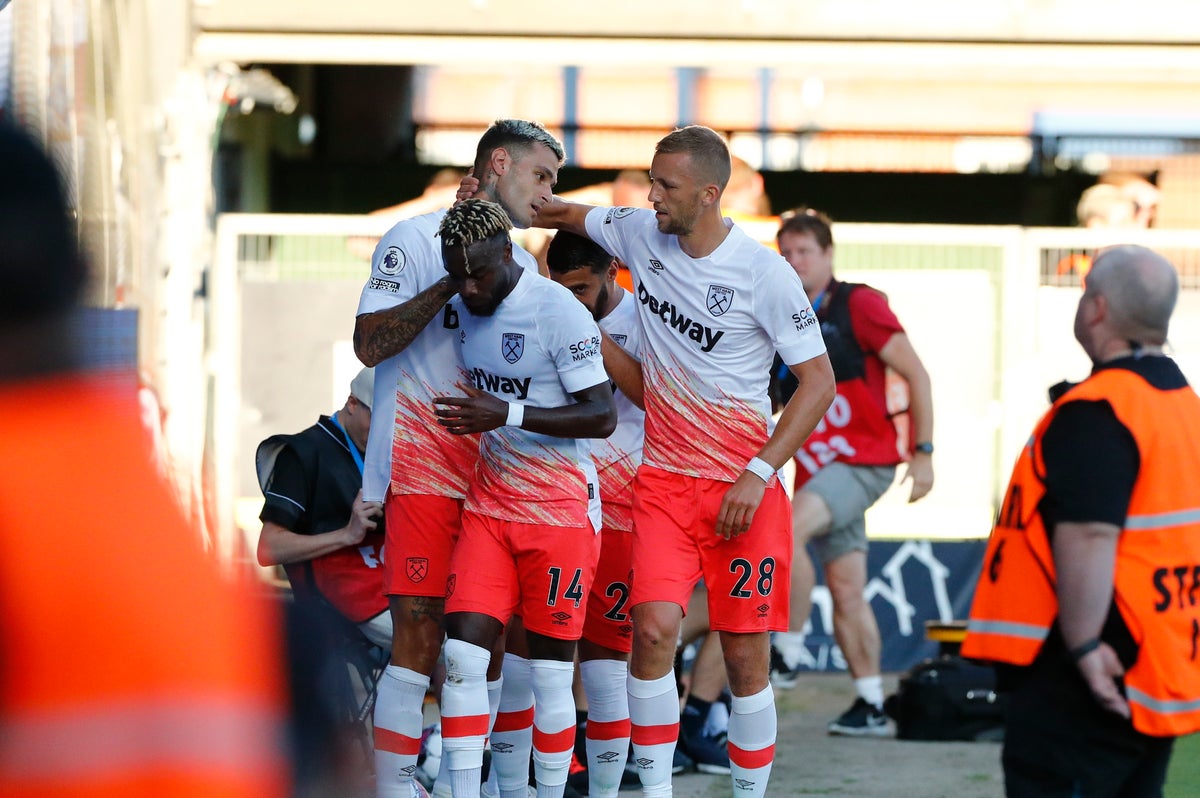 West Ham rediscovered their goalscoring skills when they booked another European tour after beating Danish side Viborg 3-0.

The Hammers, who have failed to score a point or score after three Premier League games, comfortably won their two games of their qualifying play-offs 6-1 on aggregate to advance to the Europa Conference League group stage.

Italy striker Gianluca Scamacca, the £30million signing from Sassuolo, opened the scoring midway through the first half with his second goal in two European games.

Said Benrahma and Tomas Soucek also scored after the break to cap what was ultimately a comfortable evening in front of 1,000 boisterous fans in Denmark.

Leading 3-1 from the first leg, the last Europa League semi-finalists knew an early goal would calm the jitters and Soucek headed just over the goal from a corner before Scamacca’s low first shot was saved.

The opening goal came on 22 minutes when full-back Ben Johnson fed Soucek down the right wing and the Czech midfielder’s cross was swept in by Scamacca at the near post.

And West Ham lived dangerously before half-time when Areola had to make a double save to deny Grot and Justin Lonwijk.

But they doubled their lead six minutes into the second half when Benrahma rushed in on a through ball from Maxwel Cornet and scored.

Shortly after the hour it was three when Soucek deflected the rebound into the goal after a blocked header from Thilo Kehrer.

Cornet should have opened his West Ham account moments later when he was raised by Benrahma but Burnley’s summer signing somehow lifted the ball over an open goal.

Still, it was a satisfying night for David Moyes’ side and their fans, who will learn where their second consecutive European adventure will take them when Friday’s draw takes place.

https://www.independent.co.uk/sport/football/david-moyes-tomas-soucek-west-ham-europa-conference-league-premier-league-b2152908.html West Ham drive past Viborg and into the group stage of the Europa Conference League

Resident Evil Village just got EVEN scarier with the PSVR2 update