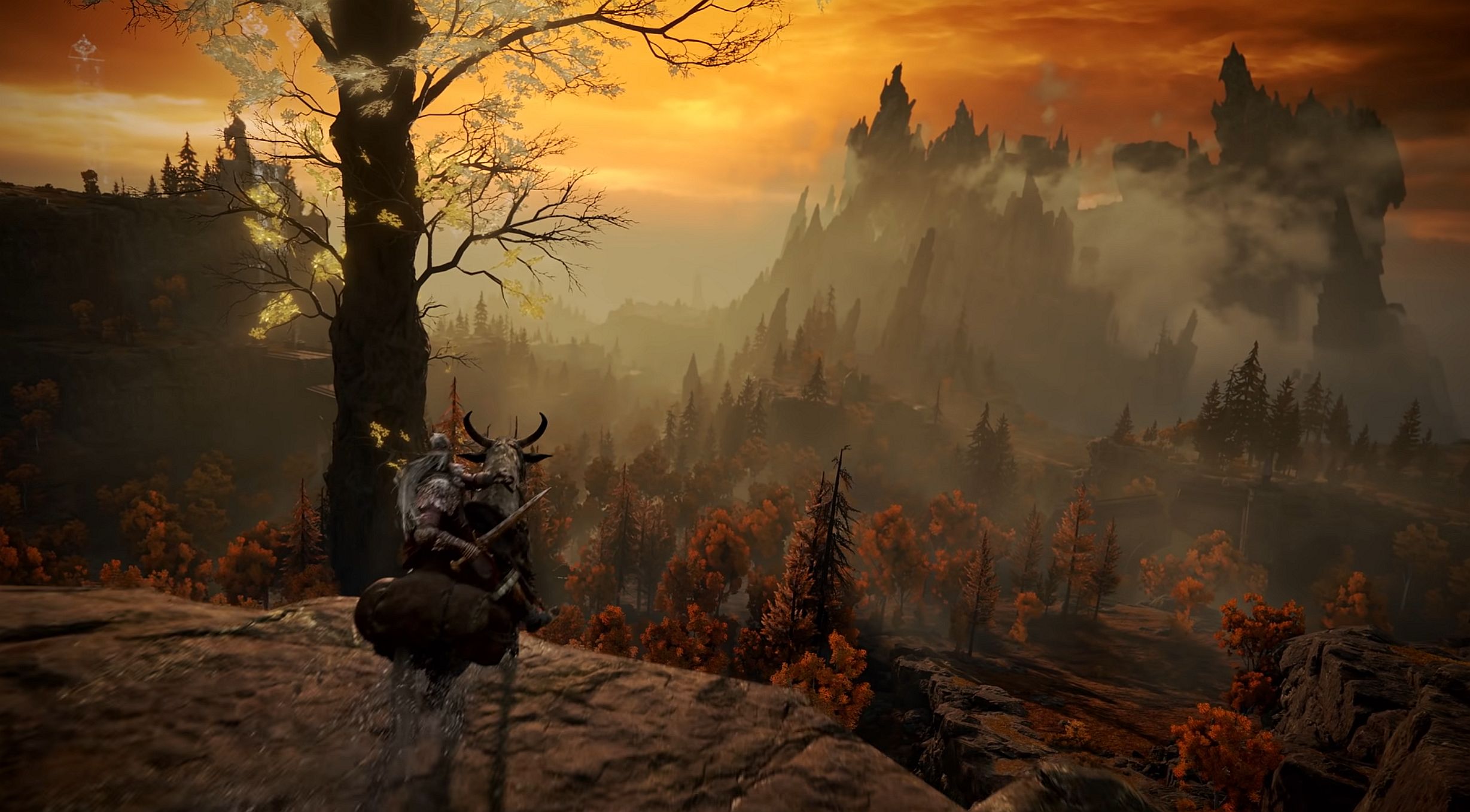 How are you, my dears? Did you have a good week? Hopefully. If it wasn’t for the best, don’t worry: the weekend is here to soothe your weary bones and souls.

This week there isn’t much variety in what the VG247 crew does over the weekend because we’re all playing the same game: Elden Ring. We even dropped a few people this week for vacations and such, but we bet they’re playing Elden Ring too.

Here’s what we have to say about the game after playing it for a bit.

This weekend I continue my journey to become an Elden Lord.

I’m 45 hours in elden ring with so much more to do. I think when I first started playing I underestimated how big the map really is. There’s a joy in discovering what’s hidden around every corner, and what makes the feeling even better is that nothing leads you to your discoveries. You make all the decisions and are free to find out on your own terms. All that exploration doesn’t come for free, however, the Elden Ring respects the time you invest in exploration by rewarding you with items and loot that you might not know you need until you’re much further into the game.

It’s moments of realization like this that spur me on to keep exploring every inch of the map for other helpful items that may or may not save me later.

Clever gameplay design like this makes Elden Ring a great game that I happily put countless hours into. Wish me luck in becoming an Elden Lord!

Given my abstinence last week, I was pretty sure I wasn’t going to fall for him elden ringbut its creepy claws grabbed me anyway.

I have a somewhat complicated relationship with FromSoft games. I was blown away by the original Dark Souls then, learned to love the pain of Sekiro more recently, and more recently totally bounced off the molasses-slow clang of Demon’s Souls.

But whisper it softly; I don’t think Elden Ring is that hard.

So far, there’s only been one boss that I thought was complete bullshit – a duo boss with two stylistically unrelated designs thrown together in a cramped chamber that has you tripping over semi-destructible furniture in the jerkiest of ways – and I think that’s for it the game better.

Maybe it’s because I’ve seen a lot of the tricks before, or maybe they find the sweet spot. But the overall package, where the open world and larger cast of characters present give the labyrinthine lore room to breathe, is definitely one of the best I’ve played in a long time.

Stephany Nunneley, news editor at Elden Ring, maybe something else

I know I said last week that I won’t be playing elden ring until more patches are released for PC. I can’t resist any longer though, so I’m going to give the old college try on Xbox One instead (no, I don’t have an Xbox Series X yet. If you can find one in the US, let me know where!).

The master of the house bought the game the day it came out and I’ve watched him play it a bit here and there. He’s leaving town this weekend and since I’m on my own I’ll try.

If at some point I change my mind or get too down on my knees due to my lack of skills, I’ll probably play some indie demos I downloaded last week during Steam Next Fest: February 2022 Edition. I have a choice of this cool looking village simulation game called The Wandering Villagethe open world Trace of Ayash which focuses on indigenous people and their myths, the remastered Egyptian city builder Pharaoh: A New EraStrategy simulation title TFM: The first humansthere is also roguelite in retro pixel style Lost in Fantasyland that combines deck building and turn-based strategies, and farewell to the north in which you bring color back to the world as a border collie traveling with his owner. Her goal is to bring color back to the world while unveiling a story about saying goodbye. Sounds like this could make me cry. We will see.

I’ve finally started elden ring this week. And I should really emphasize the word “beginning” – I played about 30 minutes. During that time I did the hidden tutorial and then managed to get completely possessed by a guy on a horse who just so happens to be about five steps from the open world.

Leisure might say otherwise, but I really want to stick with Elden Ring. I already love the design of its world and really want to see what it has to offer over the next 70+ hours. Unfortunately, given that I play games for about an hour a week in my spare time, I’ll probably see the end sometime in July 2023. Then check back for my final thoughts!

https://www.vg247.com/what-are-you-playing-this-weekend-46 What are you playing this weekend?

Ghostbusters: Spirits Unleashed is a 4v1 hunt-or-spook game that comes from the people who brought you Predator: Hunting Grounds

The Lord of the Rings Shadowfax server gallops to Rohan