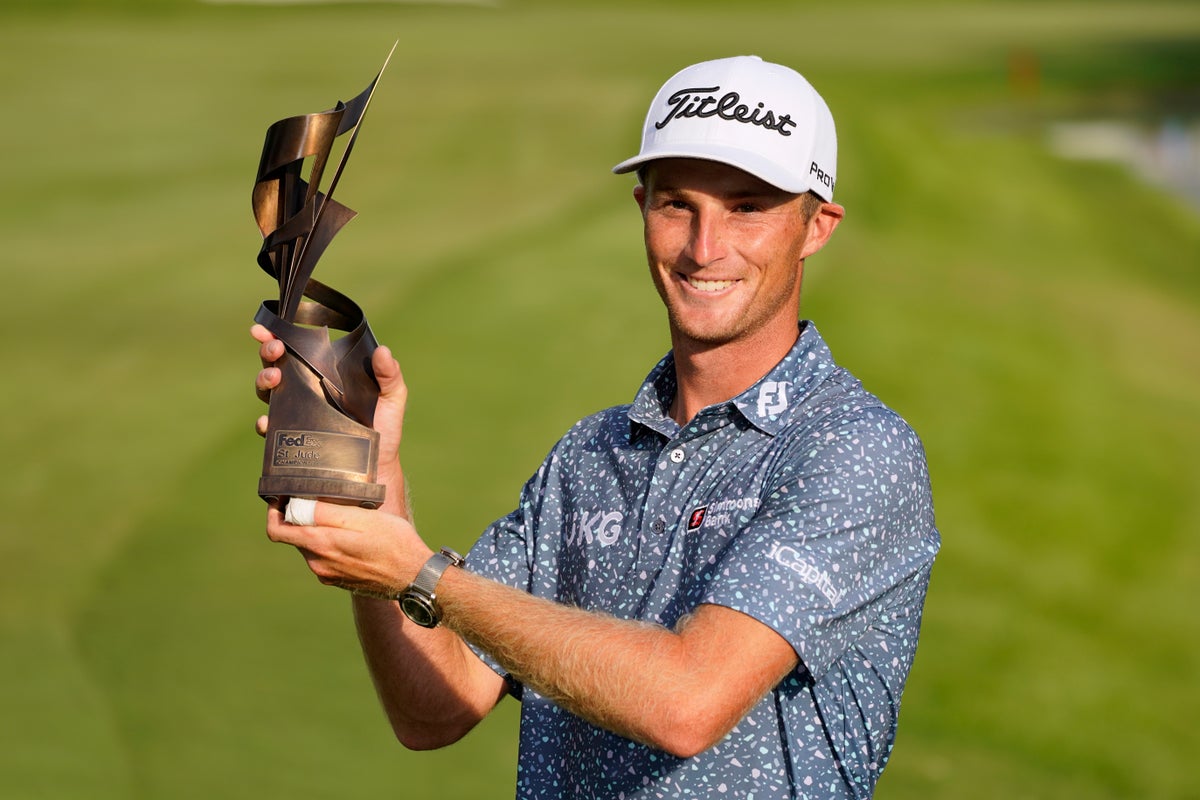 Will Zalatoris clinched his first PGA Tour win in a dramatic playoff at the FedEx St. Jude Championship.

The American defeated the Austrian Sepp Straka in three extra holes at TPC Southwind – although he did not birdie.

The pair completed 72 holes to take the lead at 15 and tied in the playoff by paring twice at 18.

Things then opened up on the par 3, 11, when Zatoris hit his tee shot onto the rocks courting the green.

However, Straka’s tee shot landed in the water, leaving a small window for Zatoris to strike.

He did just that, sinking a seven-foot bogey putt to claim the first of what is sure to be many Tour wins.

Speaking to the media after his win, Zalatoris said: “It’s hard to say it’s time when you’re in your second year on the tour, but (it is) time.

“Considering all the close results I’ve had this year, it means a lot to finally make it.”

It crowned an already dramatic final round. Cameron Smith’s bid for world number one was dealt a blow before play on Sunday started when he was handed a two-shot penalty for playing from the wrong spot on the fourth hole in round three.

A win in Memphis would have propelled Australia’s Scottie Scheffler to the top of the PGA standings.

https://www.independent.co.uk/sport/golf/will-zalatoris-austria-fedex-scottie-scheffler-memphis-b2145044.html Will Zalatoris triumphs in a dramatic playoff to secure his first win on the PGA Tour