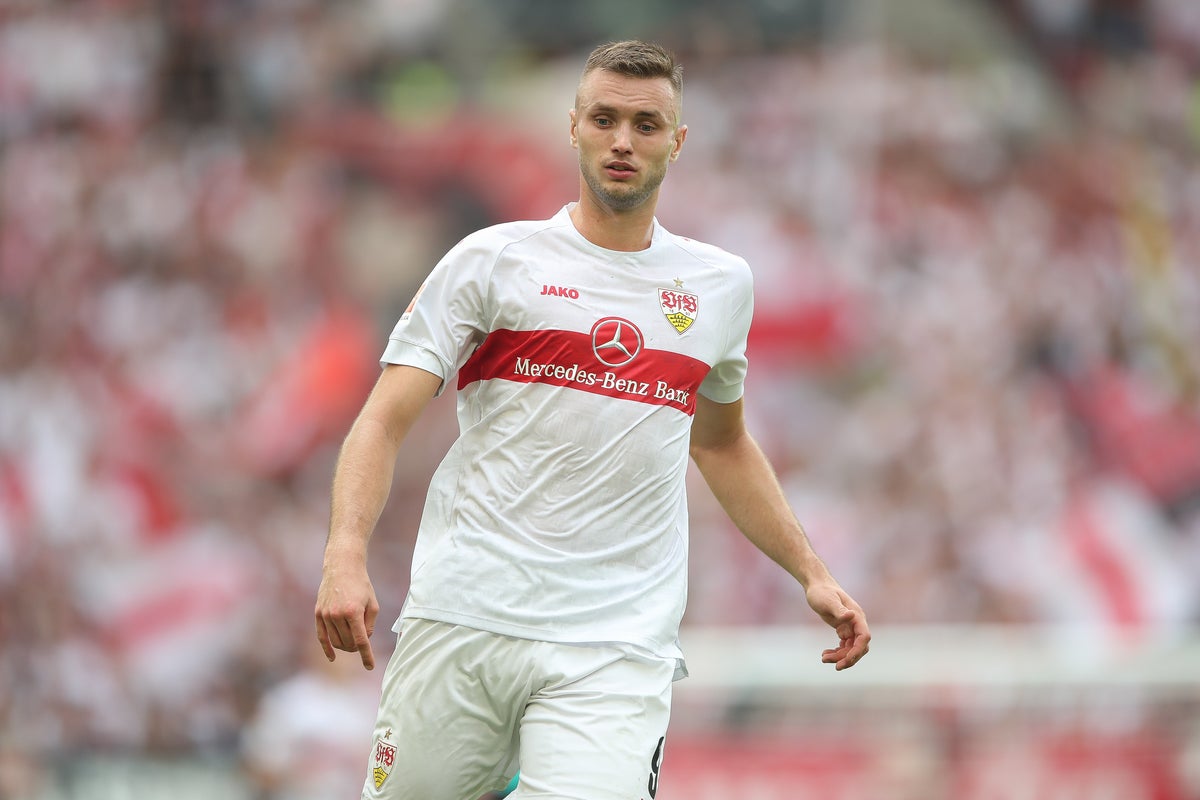 The striker arrives for around £15million, subject to a visa and work permit, with an option to extend his contract by a further 12 months.

The 25-year-old, who is unavailable for Wednesday’s Premier League game in Bournemouth, joins Molineux after three years in Germany, where he scored 24 goals in 60 games for Stuttgart.

He said: “I’m two meters tall but I’m not bad with my feet either. I’m just hungry to score goals. I want to play good football and score a lot of goals.

“I want to play attractive football. I’m a team player, I want to help the team, that’s the most important thing in the end. When the team looks good, I look good too. That’s my goal for the upcoming games.

“Everyone tells me the Premier League is the toughest league, it’s the NBA of football. I’m just looking forward to proving myself against the best because this is a league where the best players play.

“I want to develop myself as a player, as a person and to score goals as soon as possible, to show myself and I’m very happy about that and looking forward to it.

“I’m glad everything is finished. It was a long, hard day, but everything went well in the end. I’m really thankful and very happy to be here. In the end it was the club that wanted me the most.

“In my career, at my age, it’s important to feel where the next step is and in the end I felt Wolverhampton was the best step for my development.

“I had good discussions with the coaches and met some players from the team. Everyone was so nice and so nice.

“I know I won’t regret my decision because people have all been so nice, they made me feel welcome and I’m looking forward to playing as soon as possible.”

https://www.independent.co.uk/sport/football/wolves-premier-league-germany-stuttgart-austria-b2156521.html Wolves complete the signing of Sasa Kalajdzic from Stuttgart