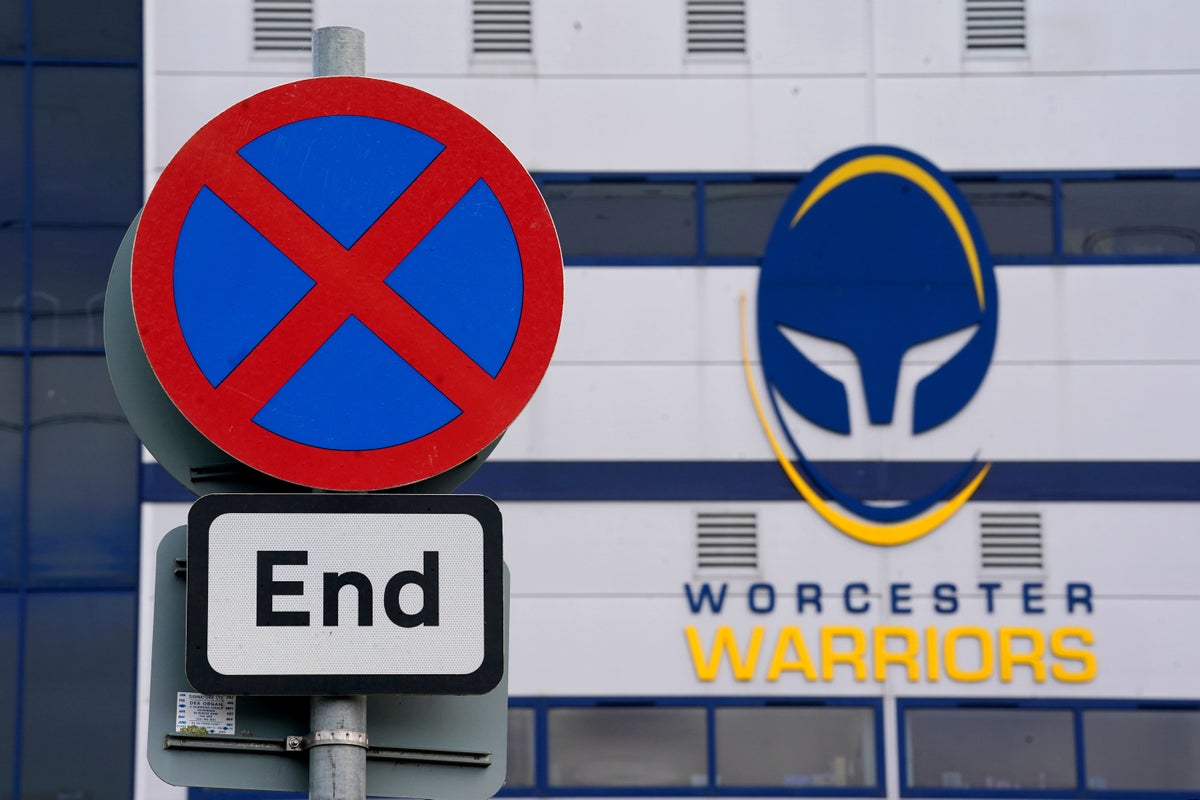 Worcester have been relegated from the Gallagher Premiership and will be suspended from the Premiership Rugby Cup for the remainder of the 2022-23 season, Rugby Football Union has confirmed.

The Warriors’ future was in doubt after the club went partially liquidated on Wednesday, with HM Revenue and Customs (HMRC) claiming £6million in unpaid taxes.

Wednesday’s ruling ordered WRFC Players Ltd, a subsidiary of WRFC Trading Ltd through which players and some staff are paid, to be dissolved. A liquidation application against WRFC Trading Ltd, which remains in administration, has been suspended.

Administrators Begbies Traynor are looking for a buyer for WRFC Trading Ltd and are speaking to two consortiums.

The RFU said the decision to suspend the team would give “space and time” to prioritize work to secure a deal for the club’s long-term future and was prompted by administrators’ progress, including on the surrounding country, encouraged Sixways Stadium.

If investors can be secured, Worcester will restart in the Championship for the 2023-24 season, the RFU confirmed, but the club can appeal the decision if they can prove there was a “guiltless bankruptcy”.

“Following a meeting today of the RFU’s Club Financial Viability Group, the RFU is able to confirm the suspension of the Worcester Warriors from the Gallagher Premiership and Premiership Rugby Cup for the remainder of the 2022-23 season,” the RFU said in a statement Thursday night.

“A decision was made to suspend the team to prioritize the space and time to work with Begbies Traynor to support the prospect of a deal with the right investor and give the club the best chance for a long-term sustainable future admit.

“With the club no longer having staff and players under contract and many looking for alternative employment, the decision was made to focus on how the club can be profitable over the long term.

“This is a complex situation and all potential investors and management require due diligence and approvals from the RFU and PRL (Premiership Rugby Ltd).

“A condition of any potential deal will include demanding payment of all rugby creditors, including any outstanding salaries owed to staff, players and coaches.

“Administrators are in discussions with several potential investors and are expected to plan for long-term sustainability as well.”

The RFU believes this decision gives reassurance about protecting the integrity of the Premier League and allows clubs and their teams to plan for the remainder of the season.

Premiership Rugby Chief Executive Simon Massie-Taylor said: “Our priority is to find the best long-term solution for Worcester Warriors and we are encouraged by the progress the Administrator has made in such a short period of time.

“However, it is clear that it will take much more time to find the right solution for the club.

“While we know this decision will be disappointing for many people close to Warriors, we appreciate the reassurance this decision brings to other Premiership clubs.

“We will now continue to work with administrators, the RFU and other key stakeholders to find the best outcome.”

RFU CEO Bill Sweeney added, “All parties continue to work together to achieve the best possible outcome for the Worcester Warriors over the long term.”

Administrators remain hopeful that an agreement can be reached so the club can return to action next season.

Julie Palmer, spokeswoman for Begbies Traynor, said: “While I am disappointed that there will be no men’s rugby at Sixways this season, I fully appreciate the position of the RFU and PRL.

“I am reassured that they continue to work positively with us to try to bring about a rescue so that rugby next season can take place in a properly structured approach to enable the long-term viability and success of the Worcester Warriors.”

https://www.independent.co.uk/sport/gallagher-premiership-worcester-rugby-football-union-the-warriors-ted-hill-b2197262.html Worcester are relegated from the Premier League after partial liquidation

Sarah Brightman: the measure of any artist is how they inspire the future

Pokémon Scarlet and Violet: All the information from the latest trailer