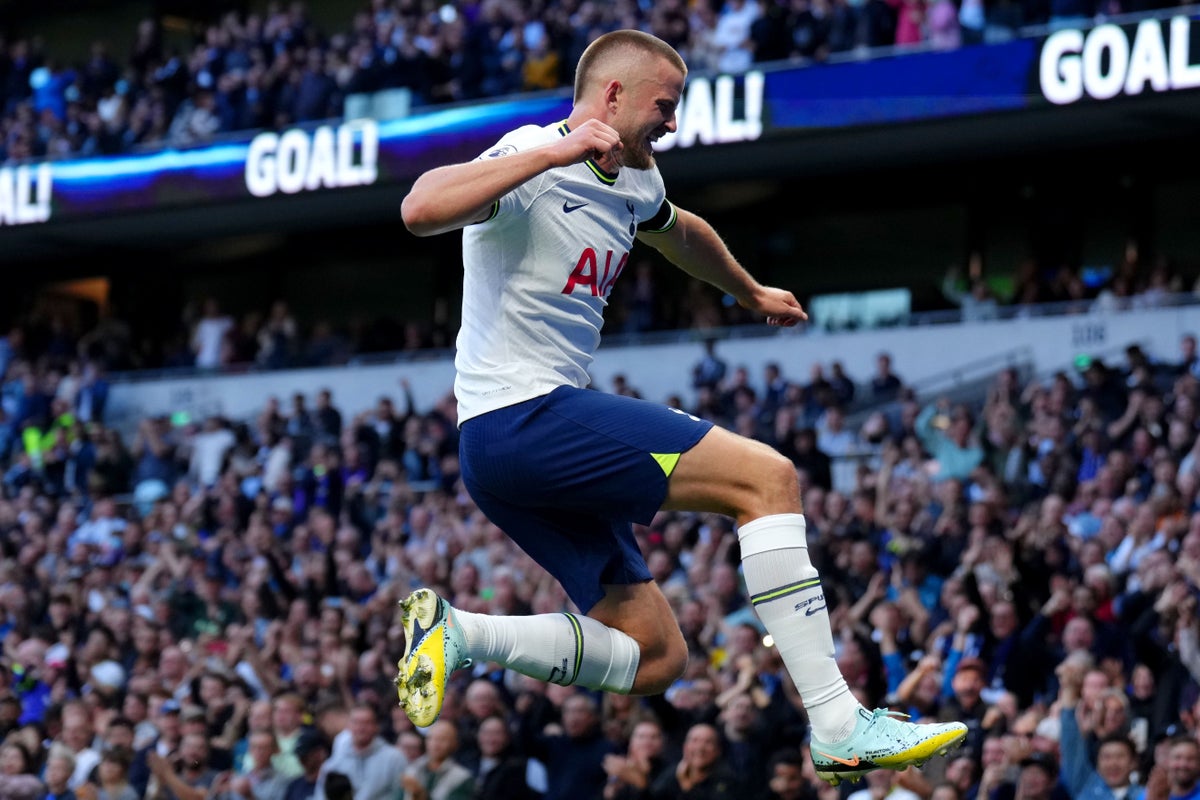 Eric Dier has revealed the nap is the secret behind Tottenham’s good start to the season.

A 2-0 win over Everton on Saturday helped Spurs to 23 points from a possible 30 in the Premier League this season, their best tally after 10 top games since the 1963/64 season.

Harry Kane and Pierre-Emile Hojbjerg struck after the break to crush the Toffees while Spurs continued to finish games strongly, with 15 of their 27 goals coming in the second half.

Centre-back Dier has started every game and explains how Antonio Conte’s men overcame a demanding schedule to finish third in the Premier League and be a win away from reaching the last 16 of the Champions League.

“There’s obviously so many games until the break, it’s incredible so we have to take good care of ourselves physically and mentally and try to be ready for every game,” said Dier, with Spurs in the middle of a 13-game streak a period of six weeks.

“I’m just trying to sleep a lot! Eat well, lots of water. I try to do everything right.

“Everything is there to help us recover and be at our best on the training ground. The club covers all our needs, it’s up to us to take advantage of it.

“I love naps, I nap every day! 45 minutes or so. I get eight or nine hours (at night) and 45 minutes in the afternoon. I do this right after training.

“It makes me feel better for the rest of the day. I think it’s good for me. I think some do it more than me. The South Americans, they love it!

“I don’t have any kids, so it’s easy for me. People with children I’ve heard that it’s a bit different at night. But for me I can sleep whenever I want.”

Kane is one of many dads at the club but showed no sign of fatigue as he scored his 258th goal for the club before the hour mark against Everton.

The England international joined a star-studded list of names on Monday to read a bedtime story on CBeebies and start a busy week.

Two days later he scored a penalty in the 3-2 win against Eintracht Frankfurt before shooting a second over the bar in injury time and then scoring the opener from the penalty spot on Saturday.

It was Kane who won the penalty against fellow Three Lions Jordan Pickford and straightened up to fire a shot into the bottom left corner to mark his 400th appearance for Spurs by a goal.

Dier added: “I think he’s getting better game by game. There are nine (league) goals in 10 games. He doesn’t really care about what’s going on outside of him and keeps performing.”

Tottenham’s most recent home win took them tenth in a row in N17, seven of them this season.

Newcastle, Sporting, Liverpool and Leeds will all be visited before club football pauses for the Winter World Cup on November 13.

“I think there is a very good connection between us and the fans at the moment,” explained Dier.

“With the new stadium you need a bit of time to get used to everything and I think we’re really creating a nice atmosphere here for us and not so nice for the people who come here to play.

“It helps a lot and gives you a lot of confidence when you go into every game at home. But we know that it cannot be taken for granted, we have to perform and we have done that.”

Given Conte’s track record and Tottenham’s start, the conversation will inevitably turn to the club ending their trophy drought.

Dier conceded it would be the best possible tribute to the late fitness trainer Gian Piero Ventrone, who died earlier this month.

“Yes, that would be the ultimate tribute (to win a trophy). He gave himself up for us every day. So we have to try to do the same for him.”

https://www.independent.co.uk/sport/football/eric-dier-spurs-premier-league-harry-kane-champions-league-b2204004.html You sleep, you win – Eric Dier says afternoon naps are the secret to Tottenham’s form

Wind farm between Littlehampton and Brighton is to be reduced