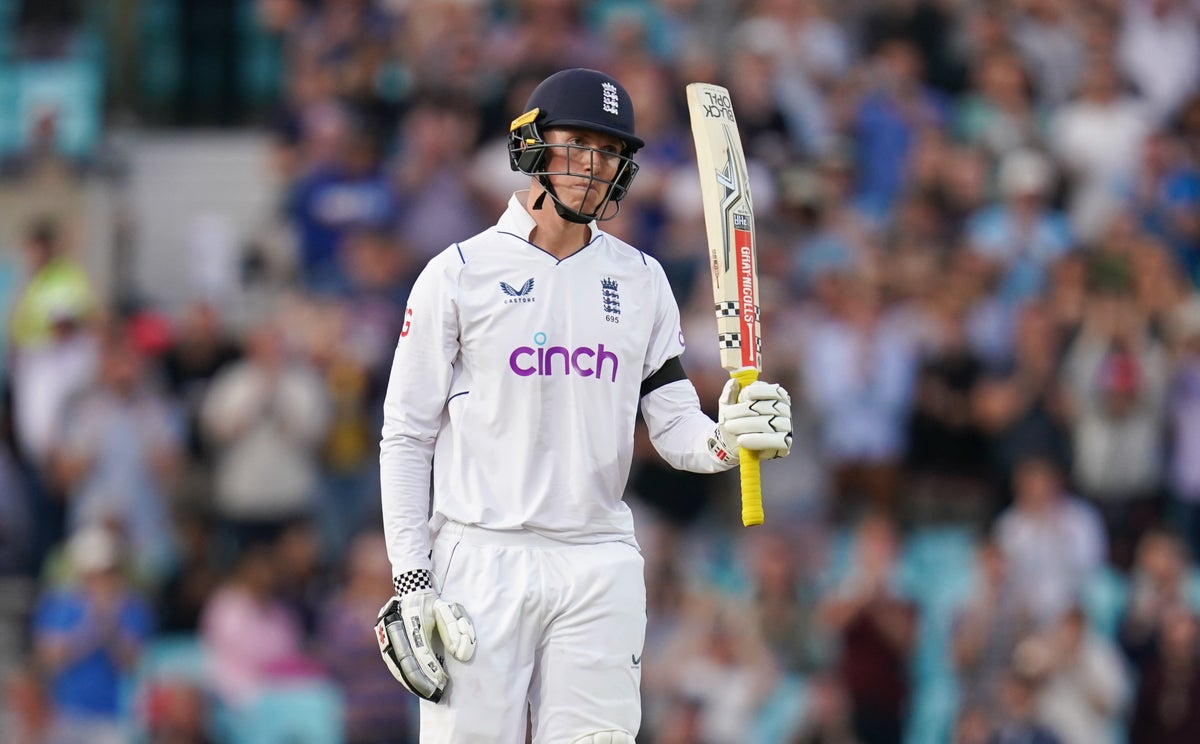 Zak Crawley ended a disappointing summer on a high as England teetered on the brink of a Test series win over South Africa at the Kia Oval.

After 16 innings without a half-century, Crawley’s 57 means not out what could have been a potentially tricky fourth-innings target of 130 in a low-scoring third Test should surely be negotiated Monday.

England reached 97 unbeaten – they need just 33 runs left for a 2-1 win in the series – before poor light 23 minutes from the scheduled 7pm finish brought an early finish and prompted some boos from the crowd.

After South Africa collapsed to 169 on aggregate from 83-1, with three wickets each for Stuart Broad and Ben Stokes, Alex Lees was dropped from the first ball of England’s chase by Marco Jansen.

While Lees became fluent and finished the day unbeaten at 32, out of form Crawley helped put England to a flyer by riding the jump in Kagiso Rabada’s second over and sending him for back-to-back fours.

He only needed 36 balls to reach his fifty and there was a feeling he could put England over the line on Sunday night, effectively bringing about a two-day Test after Thursday’s washout and Friday’s game abandonment in memory of the Queen could – but England, to her chagrin, had to wait.

Brighid's Journal: "Since turning 60, I've decided it's time to make my will"

Eric & Dave, the story of ex-Brighton men Gill and Hollins